Licensed to Open: An Open Insights Interview with Ignasi Labastida 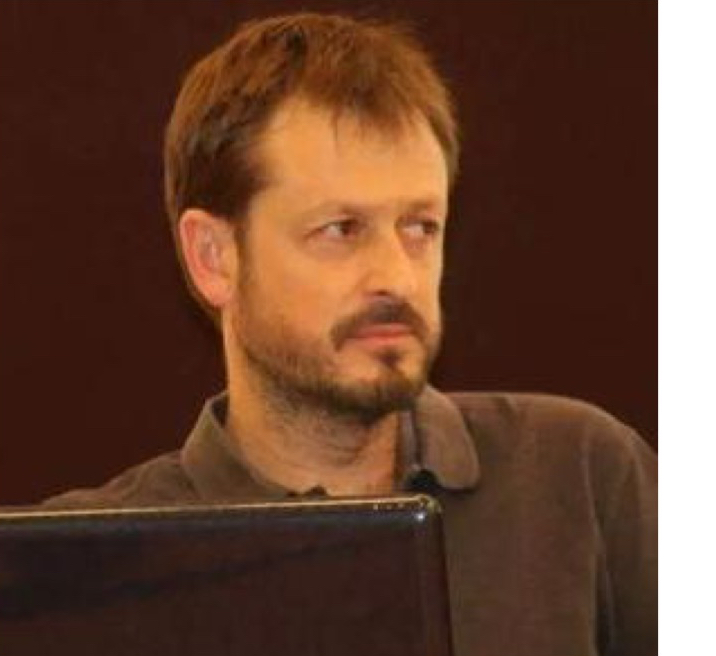 Ignasi Labastida (PhD in Physics) is Head of the Research Unit at the University of Barcelona's Learning and Research Resources Centre (CRAI) where he also directs the Office for the Dissemination of Knowledge. He is a member of the Steering Committee of Info and Open Access Policy Group at the LERU (League of European Research Universities) and the chair of the SPARC Europe Board. He led the introduction of the Creative Commons project in Spain where he has been a leader since 2003.

Hello Ignasi, thanks for agreeing to talk to us. You have been involved in open science and open licences for many years. Can you please tell us about your involvement in open science, your work at the University of Barcelona and on Creative Commons?

I began my involvement with the open knowledge environment back in the late nineties while doing my PhD in Physics at the University of Barcelona. There I discovered Linux and my first achievement was to make a Catalan spellchecker for a program called Ispell. I know that this work has been used by others to build proper spellcheckers for other programs. At that time, I didn’t know anything about copyright and I released the code without any legal notice. Later, some developers asked me about it, and I just answered that the code should be placed in the public domain. Years later, when deciding how to disseminate an Optics course based on java applets, I discovered Creative Commons. My colleagues at the Optics Department were looking for a license to allow the reuse of the course beyond our students and we checked what the MIT (Massachusetts Institute of Technology) was doing through its open courseware. At that time, I was already working at the Teaching Support Unit and I wrote to CC asking them if we could adapt the MIT license to our needs. That was back in February 2003. They agreed but they asked us to become their host institution in Spain, meaning that we needed to coordinate not just the translation of the licenses but their suitability within the Spanish copyright legislation. In 2006 we created the Office for the Dissemination of Knowledge to have an institutional umbrella to support the CC project, but also with the idea to promote the dissemination of all the knowledge created at our university as openly as possible. A few years later we set up the institutional repository with the library, initially with OER, but in 2010 we started to populate it with research outputs. In 2011 the university adopted its open access policy and we started to support it from the library. Now I am in charge of the Library Research Services.

What is a Creative Commons licence? What type of CC licences currently exist and what are their differences?

A CC license is a legal text where the author or the copyright holder grants some rights to the public to reuse their work under some conditions. Any use not granted expressly through the license can be requested from the author or the copyright holder. Currently there are six licenses and a legal tool called CC0. All of the six licenses grant rights to reuse a work, with the requirement that the user credits the authors and all the parts required. Half of the licenses limit the reuse of the work to non-commercial purposes, while the rest do not impose any restrictions on that issue. Regarding the creation of derivative works, two of them allow creation, and two of them do not allow it, while the other two allow the creation of a derivative work only if this new work is shared with the same conditions. This later requirement is based on the copyleft concept. Therefore, we have a range of licenses, from the CC BY (attribution) that allow a wide reuse of a work, to CC-BY-NC-ND that restricts commercial uses and the creation of derivative works. As mentioned before, if users want to make a commercial use of a work licensed under a CC NC license, they can also ask the author or copyright holder for permission.They must not ask the Creative Commons foundation because it is not a party to the licenses.

CC0 is not a license, however. It is a legal tool initially aimed at waiving all rights. However, in some jurisdictions this is not possible and that’s why CC0 includes also a license granting all rights that previously couldn’t be waived.

How do Creative Commons licences sit within open science, open access and open education, and why has CC BY been prioritised?

The term ‘open’ includes not just the need of public and free availability: it also implies reusability. Since almost all copyright laws state that by default a work is always disseminated with all rights reserved, there is a need to have a legal tool to state that a work can also be reused without expressly asking for permission. CC licenses are suitable for this purpose. CC BY has not really been prioritised; what happened is that when looking at the definition of open access included in the Budapest Open Access Initiative, CC BY is the most suitable license that fulfils the definition among all the set of CC licenses.

Do you see any particular difference between specific disciplines, more specifically in relation to the humanities and social sciences in comparison to other disciplines?

Yes, the humanities and social sciences are usually reluctant to allow derivative works by default. Researchers in those fields tend to ask for control of any derivative work created. On the other hand, physicists have always been quite open, and in general they embrace CC BY almost by default.

Many publications, especially in the social sciences and the humanities, use images and text owned by third parties. What is the process in this case? And what if I cannot get permission for text or images to be published under a Creative Commons licence in my work?

That is a good question. You can include third party works in your work if you get the corresponding authorisation or if the use is included in one of the existing limitations of author rights. If those works are included in your own creation, they may carry a CC license but you must clearly state that the license only applies to your work and not to other people’s work. For instance, a text can be CC BY and the images could be under an all rights reserved regime. This implies that if someone wants to reuse that content, they are allowed to reuse the text but not the images. There are plenty of examples. Nevertheless, it is advisable to use third party works licensed under a CC license that can interoperate with your own work. That is what the Wikipedia asks for. Its text is licensed under CC BY-SA and it requires that images are licensed under CC BY or CC BY-SA, or that they are in the public domain.

There has been a lot of concern among humanists about the potential abuse of CC licenses to allow malicious re-use. What would you say to such allegations?

Malicious re-use exists despite the licenses. Even in the case that you publish or disseminate a work under an all rights reserved regime, if someone wants to misuse a work he or she could do it. In the last few years there have been many cases about plagiarism, and as far as I know there weren’t any licensed works involved in them.

We contacted CC in February 2003 because we wanted to follow the example of MIT in sharing educational resources. The original licenses were based in US copyright, and we had to review them to see which changes were needed in order to make them suitable for the Spanish law of intellectual property. I think we had a good mix of scholars, lawyers, artists and activists that did a great job. I convinced the university to host the project and to lead the introduction of the licenses in our country. Moreover, the Catalan government was an early adopter of the licenses, and this also contributed in helping to spread the project and increase the use of the licenses. I think it was also fundamental to have the Spanish licenses in more than one language. In fact, with version 3.0, the Spanish Licenses were translated into six different languages.

From the side of the university, CC licenses are used by default in any educational resource published through the institutional repository. Researchers use them for their reports and working papers as well. The university press has also adopted them for some of its collections. And the library, now known as CRAI, uses them by default, even in its own web pages.

How does the University of Barcelona support and engage with researchers? Is there any policy or strategy with regard to the sharing and publication of research data at the university?

In 2011 the UB approved an open access policy aimed at depositing any paper in the institutional repository and at recommending to share educational resources. There has not been a real monitoring of the policy and its fulfilment has not really been high. However, this year there has been a review of the policy and it has been updated in order to strengthen it and link it to internal assessments. Papers will need to be in the repository if researchers want them to be eligible as part of their scientific production in the institutional internal assessment.

Regarding data, the UB approved a policy last July, at the same time that it approved the update of the OA policy. The research data policy is aimed at improving the management of research data and does not require you to deposit any data in the repository. It is more of a framework that states how data should be managed, and that encourages researchers to share data as openly as possible, and to share metadata when data must be closed.

Our thanks to Ignasi Labastida, and keep an eye out for more #EmpowOA Open Insights soon!